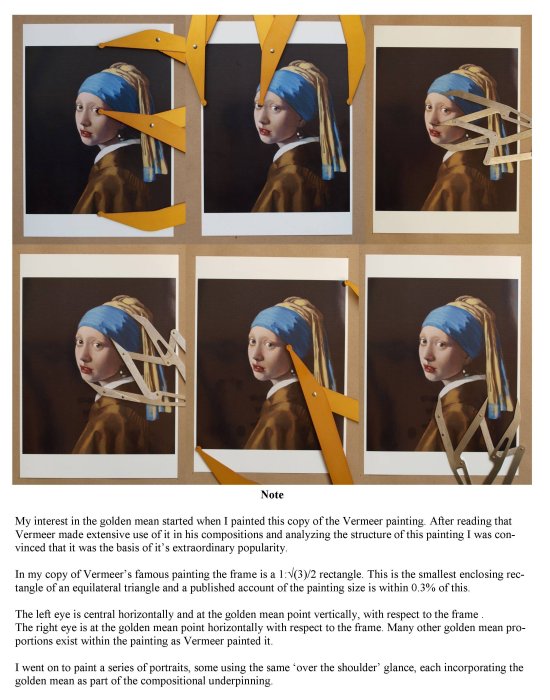 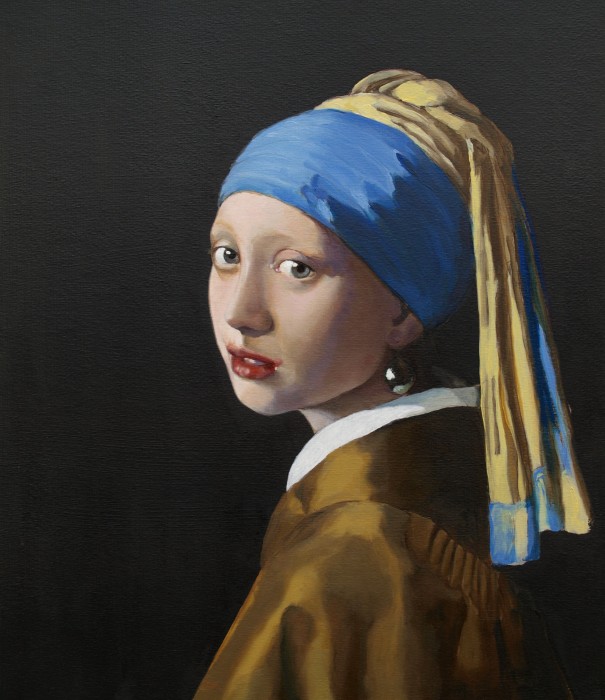 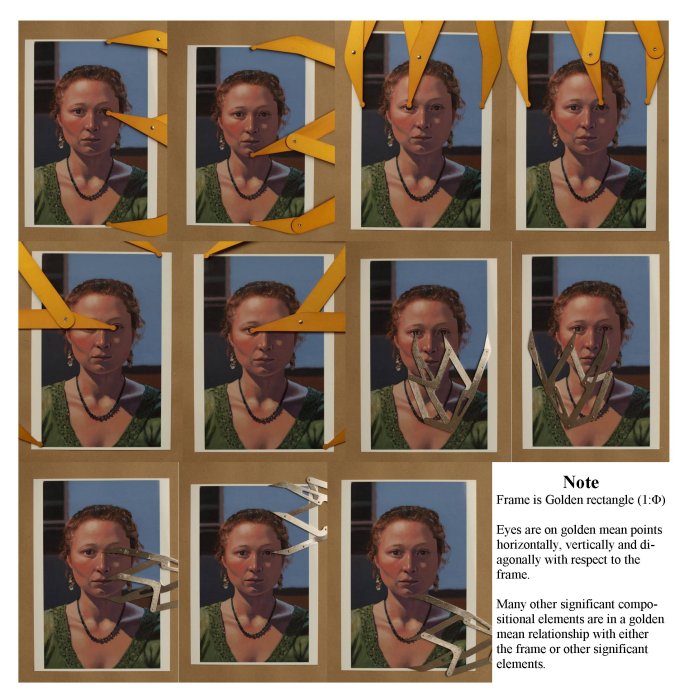 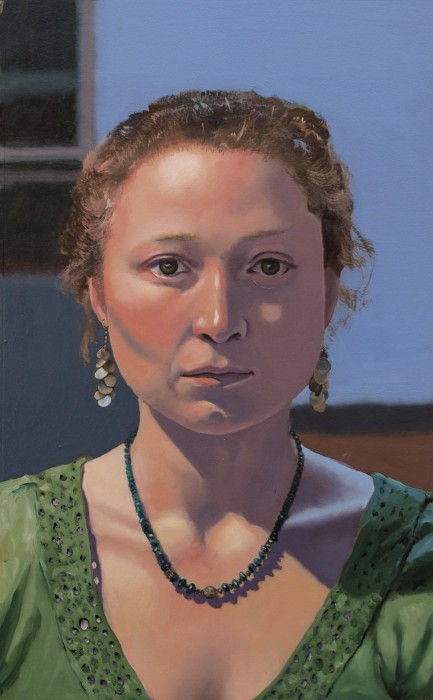 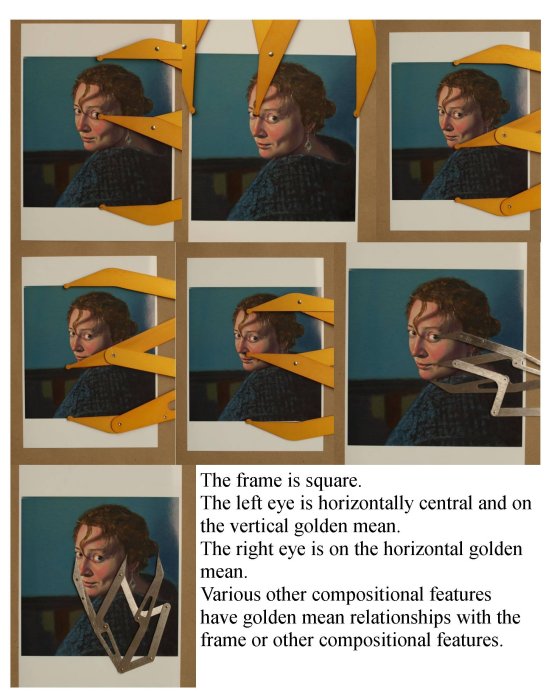 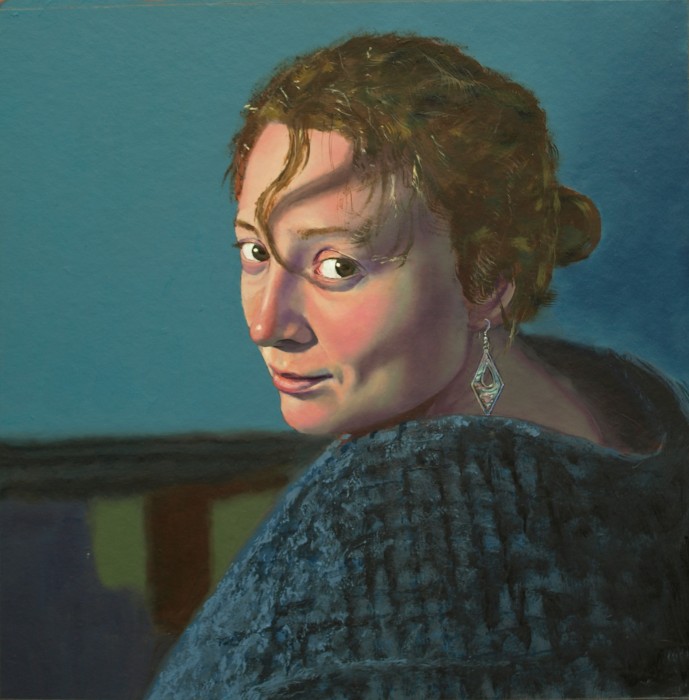 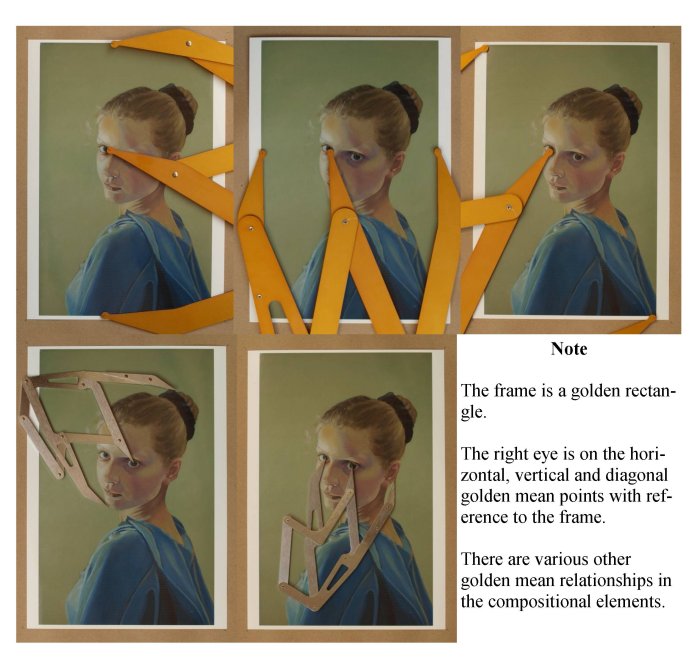 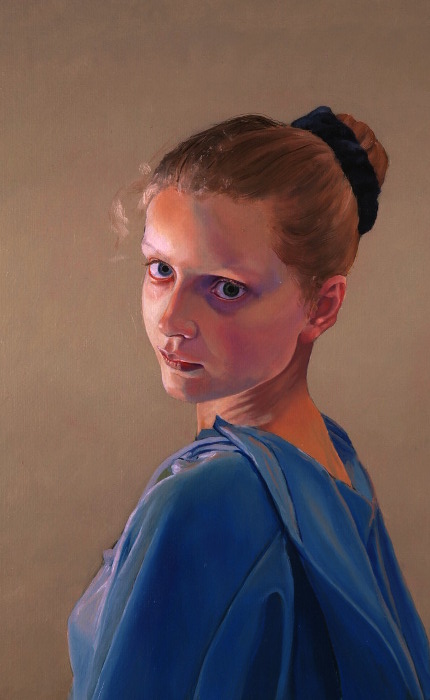 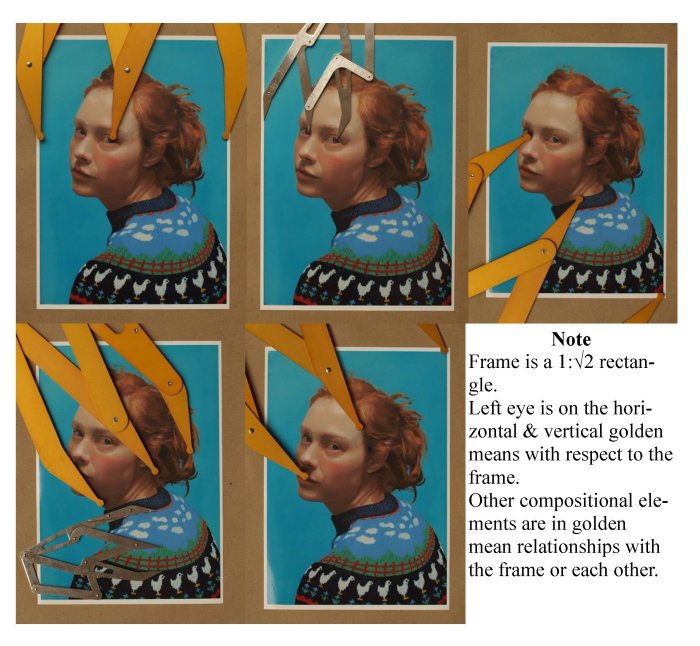 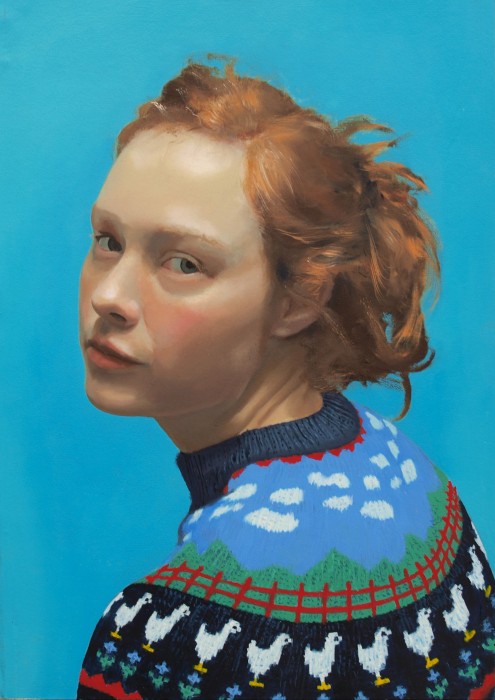 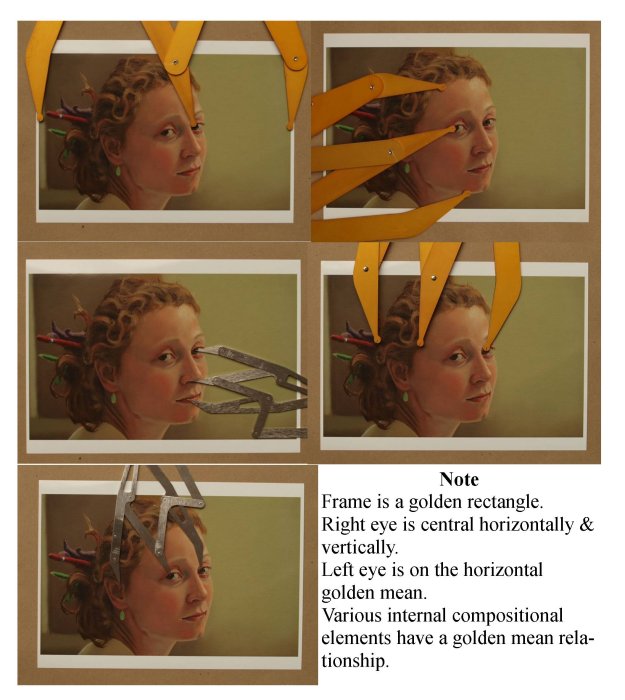 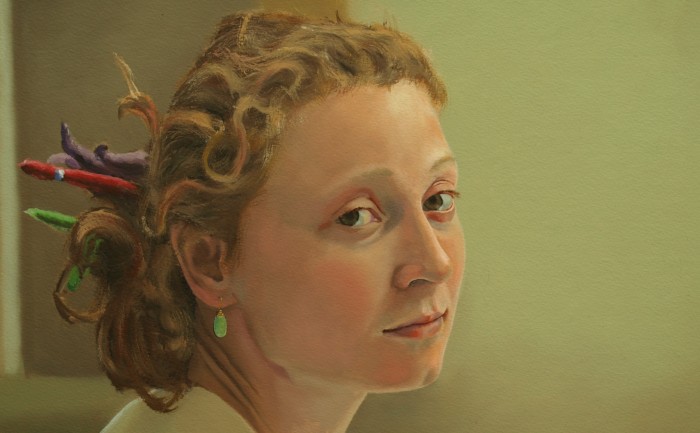 In 2014 I did a watercolour portrait of an actress friend that I was vaguely aware contained echos of Vermeer’s painting usually called ‘Girl with a Pearl Earring’ (though I have satisfied myself that the earring in Vermeer’s picture is not a pearl at all, but a metallic drop). The drawing was OK but the watercolour went awry and I thought to convert it into an acrylic. The acrylic painting went wrong too, so I then decided to continue in oils, the first oil painting for me after a 42 year break in using that medium. Everyone who saw the completed painting remarked on the Vermeer connection and I consequently decided to make a copy of the Vermeer to see what I could learn from the master. I downloaded many images of the Vermeer from the internet, but they had invariably been cropped and the size of the painting quoted on the web was also very variable by a few centimetres. It was also clear that the picture had been re-framed and restored several times since the invention of photography, losing Vermeer’s monogram in the top left hand corner in the process. I did some background reading and found that it is generally assumed that Vermeer used the ‘golden mean’ as the basis for most of his compositions, so it was reasonable to assume that the ‘Pearl Earring’ painting did too.

After completing my Vermeer copy I went on to do several more, similar portraits, mostly featuring the ‘over the shoulder glance’ and principle features, mainly eyes, located at various golden mean points with respect to the frames, which included square (1:1), root two (1:√2)rectangles and golden rectangle (1:Φ i.e. 1:(1+√5)/2 or numerically 1:1.618…) shapes. Some of these are included in this ‘room’ with explanatory diagrams intended to reveal their geometric underpinnings. I have made use of golden mean gauges, simple devices with three pointers mechanically linked so that the inner pointer is always at the golden mean point between the outer pointers, to reveal the presence of the golden mean.

Portraits like this are not really amenable to working directly from life, they require a lot of planning and measurements especially in sizing, shaping and locating the frame with respect to the facial features. All of these ‘golden mean’ portraits were worked from detailed pencil drawings or watercolours done in the last twenty five years, though most more recently.

I am trying to decide whether using the golden mean does add power to a composition or if it is just a bit of historic mumbo jumbo. I would never use the golden mean to ‘adjust’ the proportions of a face to ‘make it more beautiful’ as some artists claim to have done. In general I am not in favour of the idealization of natural human proportions, though I am in favour of adjusting other elements of a composition for best satisfaction. I am now engaged on a series of portraits where I am forgetting all about the golden mean and just using my intuition to place the compositional elements, as I always used to. When I have two sets of images to compare I will ask other’s opinions and try and make my mind up if the golden mean is a useful and effective compositional device.